Wymondham is split into four wards (North, South, East & Central) as shown below. 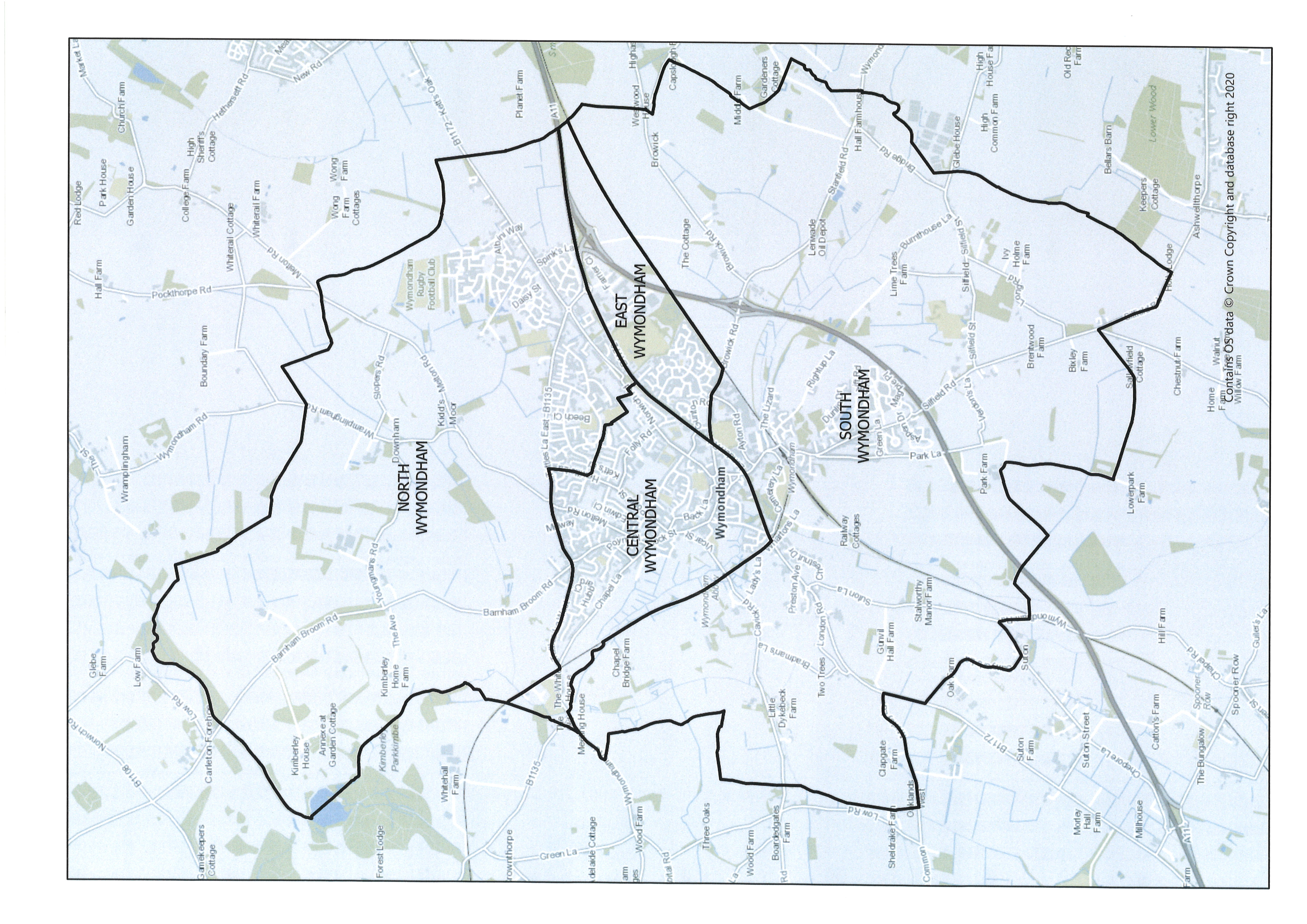