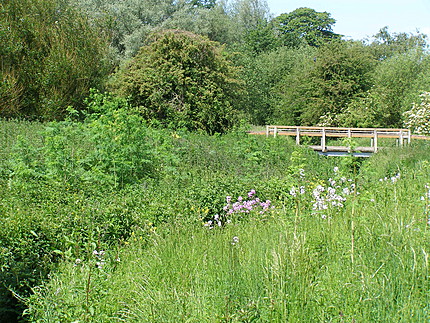 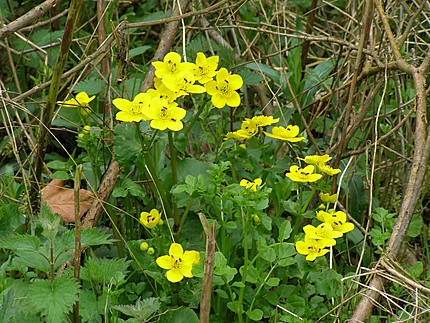 Toll’s Meadow is an area 4.5 acres(1.82 hectares) of species rich, wet meadow and woodland situated in a gentle valley either side of the River Tiffey on the southwestern side of Wymondham. It is designated as a Local Nature Reserve and County Wildlife Site (Ref: No 2131) and is owned by Wymondham Town Council. A pedestrian Right of Way crosses the site between London Road (B1172) and Cemetery Lane and there is a circular path around the reserve. This is suitable for wheelchairs and people with disabilities.

The site also comprises of several shallow drainage ditches that support bank voles and common shrews. But Water voles are the most prized inhabitant and can be seen swimming and feeding along the whole length of the river and bank they have been seen by members of the working parties. and the public. You can often see kingfishers, herons, muntjck and roe deer, and a wide variety of small birds. Occasionally a hare has been spotted. 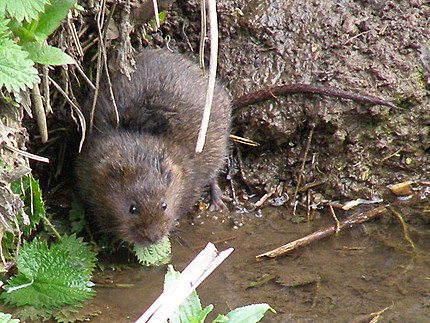 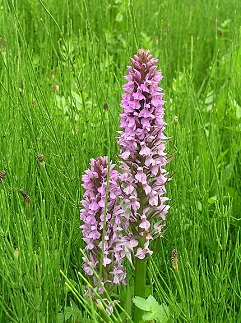 For the purposes of description, the site is divided roughly into habitat areas by its footpaths and the River Tiffey which flows from east to west through the middle of the site.

There is a shady fringe of trees and scrub in drier soil conditions along the southern boundary. The ground flora is species is dominated by nettle with abundant ivy and includes occasional dog’s mercury, enchanter’s nightshade, ground ivy, red companion , ground elder and abundant great willowherb. Tree species are dominated by semi-mature sycamore with occasional hawthorn, Prunes sp., elder and several horse-chestnut seedlings.

There is another area of broad-leaved trees and willow scrub in damper soil along the western boundary. The tree species are dominated by sycamore with occasional lime and ash and willow species including crack willow, white willow and goat willow. Elder is occasional in the understorey and the ground flora includes frequent nettle, bramble, great willowherb, creeping buttercup and ground ivy with occasional hedge woundwort, red campion, cleavers, garlic mustard, greater plantain, herb robert and annual meadow-grass.

An area overgrown with mainly coarse vegetation in the north-east corner of the site. This corner is dominated by large stands of nettle and includes abundant common fleabane and great willowherb, frequent meadowsweet and redshank and occasional broad-leaved dock, white dead-nettle, hedge bindweed and large bindweed. In the south of this area on the north bank of the river, there is a tiny piece of dry grassland of a calcareous nature, with species including frequent yarrow , silverweed and meadow saxifrage and occasional common knapweed, hedge bedstraw, common cat’s-ear, hoary plantain, ribwort plantain, germander speedwell and welted thistle.

The other large area of meadow is of mature wet grassland. This area is similar to the other large meadow but wetter and more species-rich. Species include abundant common fleabane, Early Marsh Orchids, ragged robin, marsh marigold, sorrel, marsh thistle, nettle and great willowherb with frequent water mint, redshank, hedge bindweed and large bindweed. There is a wetter area in the middle which is dominated by reed sweet-grass and common reed. To the west is an area of dense willow scrub including some large crack willows and nettles and elder scrub along the riverbank.

There is a strip of coarse vegetation , trees and shrubs along the eastern boundary. The ground flora is dominated by nettle with frequent water mint and occasional common fleabane and great willowherb. Along the boundary, the species include aspen, hawthorn, field maple, elder and willow species.

The River Tiffey – This is an oligotrophic river flowing over a substrate of gravel. A species growing in the water is water plantain. The banks are overgrown with coarse vegetation which is dominated by great willowherb and abundant common reed , hemp agrimony , water fig wort and includes frequent hedge bindweed, cleavers, hop, meadowsweet, redshank and broad-leaved dock and occasional meadow vetchling and mugwort.