The Mid-Norfolk Railway Preservation Trust was established in 1995 with the aim of buying and restoring the then disused line between the Norfolk market towns of Dereham and Wymondham. MNR currently own 28km (17.5 miles) of track and trackbed through central Norfolk's most attractive countryside, making us one of the largest preserved railways in the UK today. 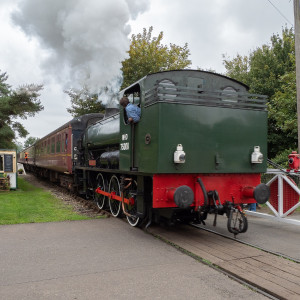